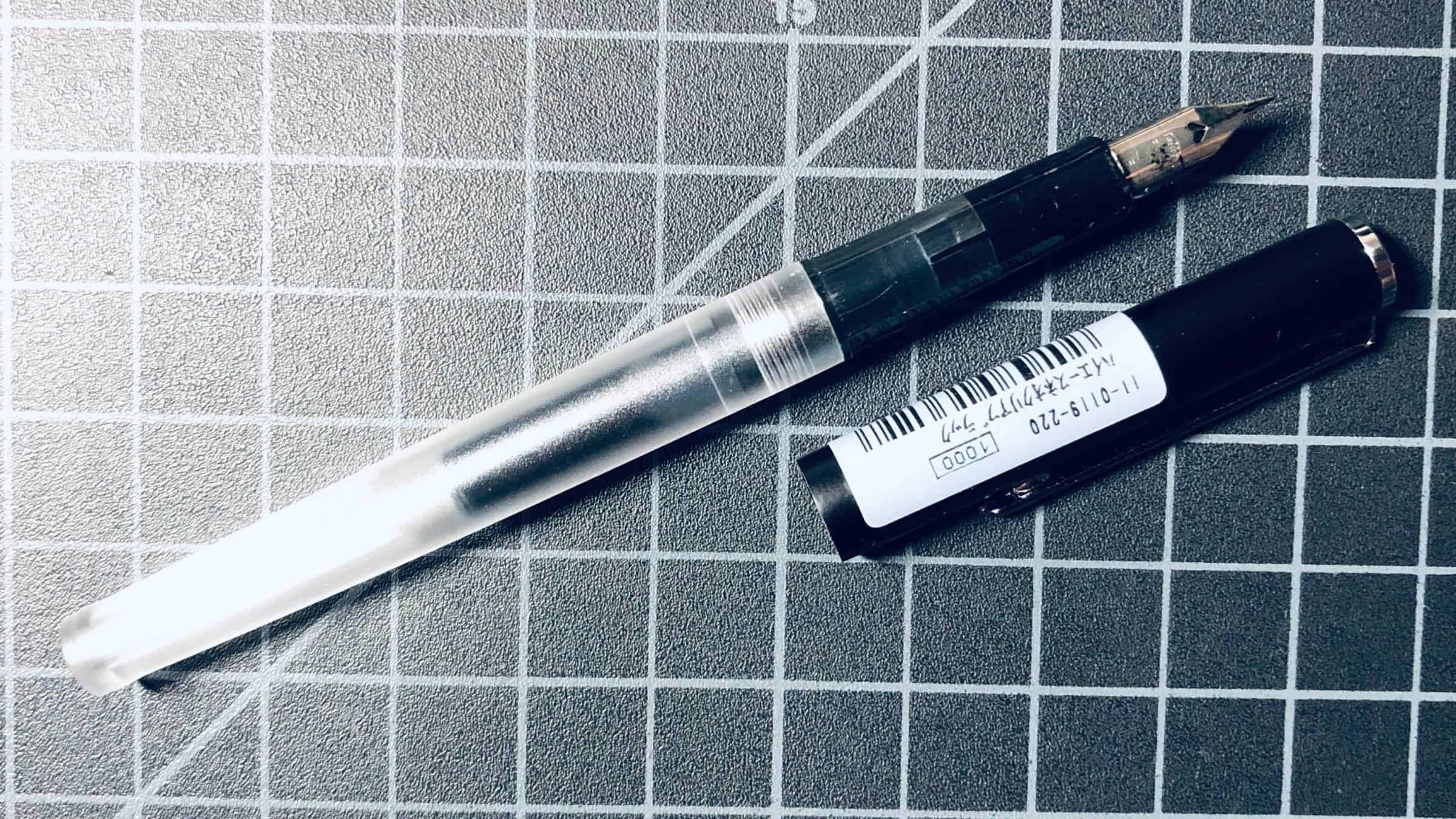 The HighAce Neo is an entry-level fountain pen from Sailor, one of Japan’s “Big Three” fountain pen manufacturers. Despite being one of the “Big Three” Sailor is not known for their more affordable pens — Pilot is very strong in that area and Platinum is gaining ground.

The HighAce Neo is a slim fountain pen with a steel nib. It retails for 1000 JPY or abount $10.

The HighAce Neo has a clear plastic body and a metal cap. It’s a slightly disjointed combination, but it still makes for a good looking pen. The size of the pen is small and slim, making it seems like what some Japanese companies used to call a “Lady’s Pen” similar to the Pilot Cavalier. The size isn’t too small overall, but it’s definitely not for people with larger hands.

The steel nib writes nicely with a clear, fine line. There is a generous amount of feedback, in keeping with Sailor’s typical fountain pens, but the nib lacks the character of Sailor’s 14K gold nibs. The nib is good when it’s writing, but it tends to dry out over time. After just two or three days the pen will be too dry to resume writing and will need some water to jump start it. This might not be a major problem for everyday users but will be an annoyance for sporadic writers or anyone who forgets their pen at work over the weekend.

The HighAce Neo is a cartridge converter pen that includes one Sailor cartridge. The cartridge is proprietary and is the same one used by all Sailor pens. No converter is included, but Sailor’s standard converter would work. That said, the converter sells for about $8, which is very close to the price of the pen so this might not make sense unless you are a dedicated Sailor buyer.

Ultimately, this is an interesting pen and it’s great to see Sailor in the affordable pen space, but there is just too much competition to consider the HighAce Neo. The pen has no real stand-out features and there are cheaper, better options. Alternatively you can spend a few dollars more and get a Pilot Metropolitan or something much more competitive than this.