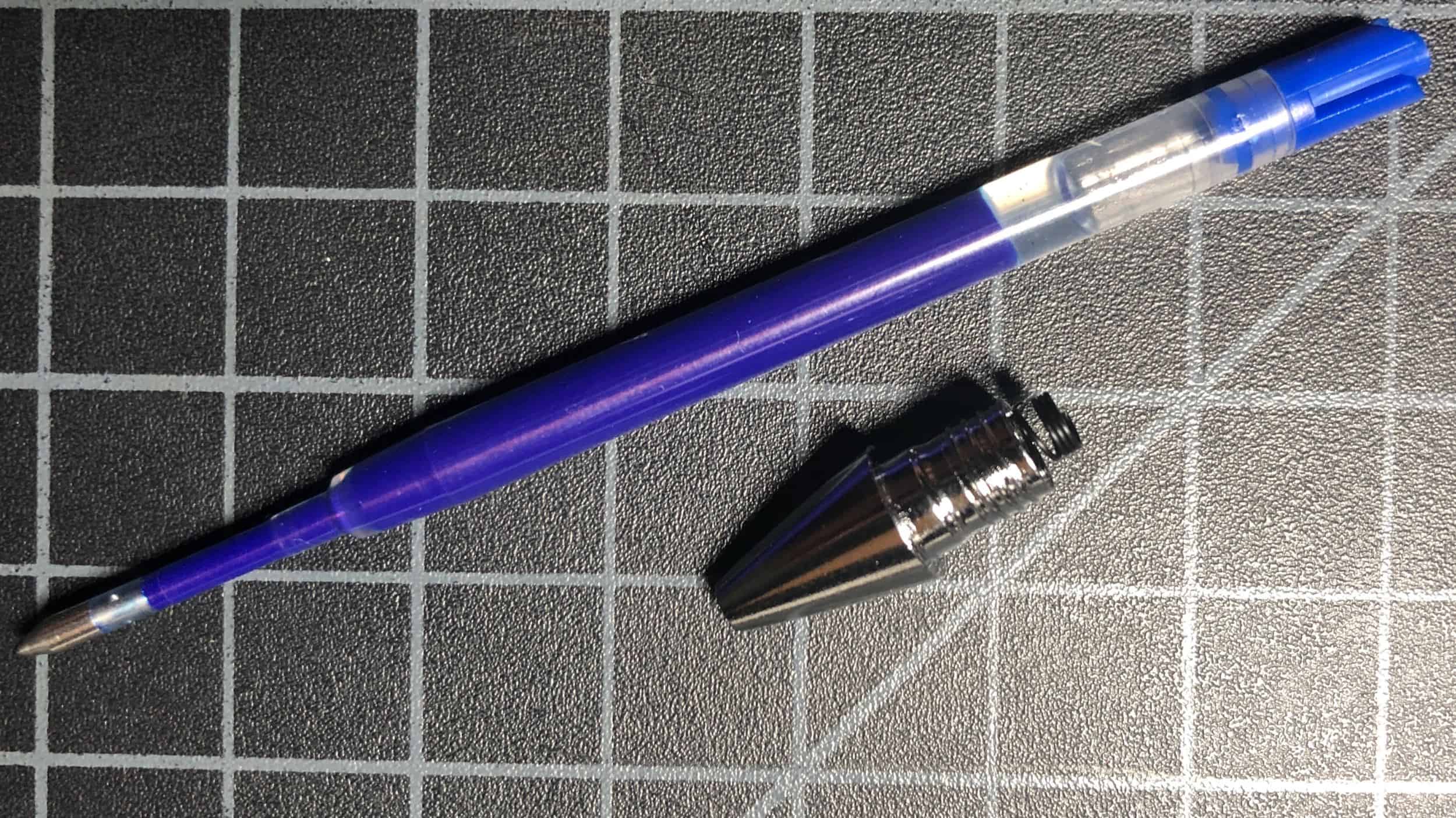 One of the more popular questions in the pen world concerns that weird stuff at the and of a gel pen refill. What is it? It’s clearly not ink — it has no color — so why is it there?

A gel pen uses a water-based ink that contains a thickener. This thickener is what differentiates the gel ink from rollerball ink, which is much looser. In fact, rollerball ink is a liquid, like fountain pen ink, and can be either loose in the barrel (a liquid rollerball pen) or in some kind of wick, similar to a marker.

Gel pens usually have their ink in a clear plastic barrel. The ink is at the front and then there is something at the end. This end material is actually a thick goop, not a solid stopper. The end material is called the “follower” or “stopper”and it’s designed to improve the function of a gel pen.

The stopper is a thick, gel material that is thicker than the gel ink. The stopper prevents the water-based gel ink fro drying out and it also stops the ink from leaking out of the back of the pen.

Gel ink is viscous, but it’s not thick enough to prevent it from flowing. This means it can evaporate over time and it can flow down the barrel of a refill if the pen is kept inverted for extended periods of time. The follower is like a seal at the end of the refill that prevents this from happening.

The follower has been around, in one form or another, since Sakura invented the gel pen in the 1980s.

What Is A Follower Made Out Of?

The materials that compose the follower are highly proprietary and they are the “secret sauce” of many gel pen manufacturers. After all, leak prevent and long lifespans are some of the most important advances a pen manufacturer can make.

The follower is typically made of some sort of stable oil or grease that has a thickener added to it. These thickeners can range from particulate silica, alumina, titanium dioxide, or even powdered clay. The important thing is that they don’t flow backwards, which is obvious, but also that the don’t mixed with the gel ink! This latter requirement means that some form of non-polar material is necessary, so the follower and gel ink don’t mix (like oil and water).

Follower materials are highly patented, which means brands have protected their mixtures with patent protection. This also mean we can learn about their ways and methods with some research…