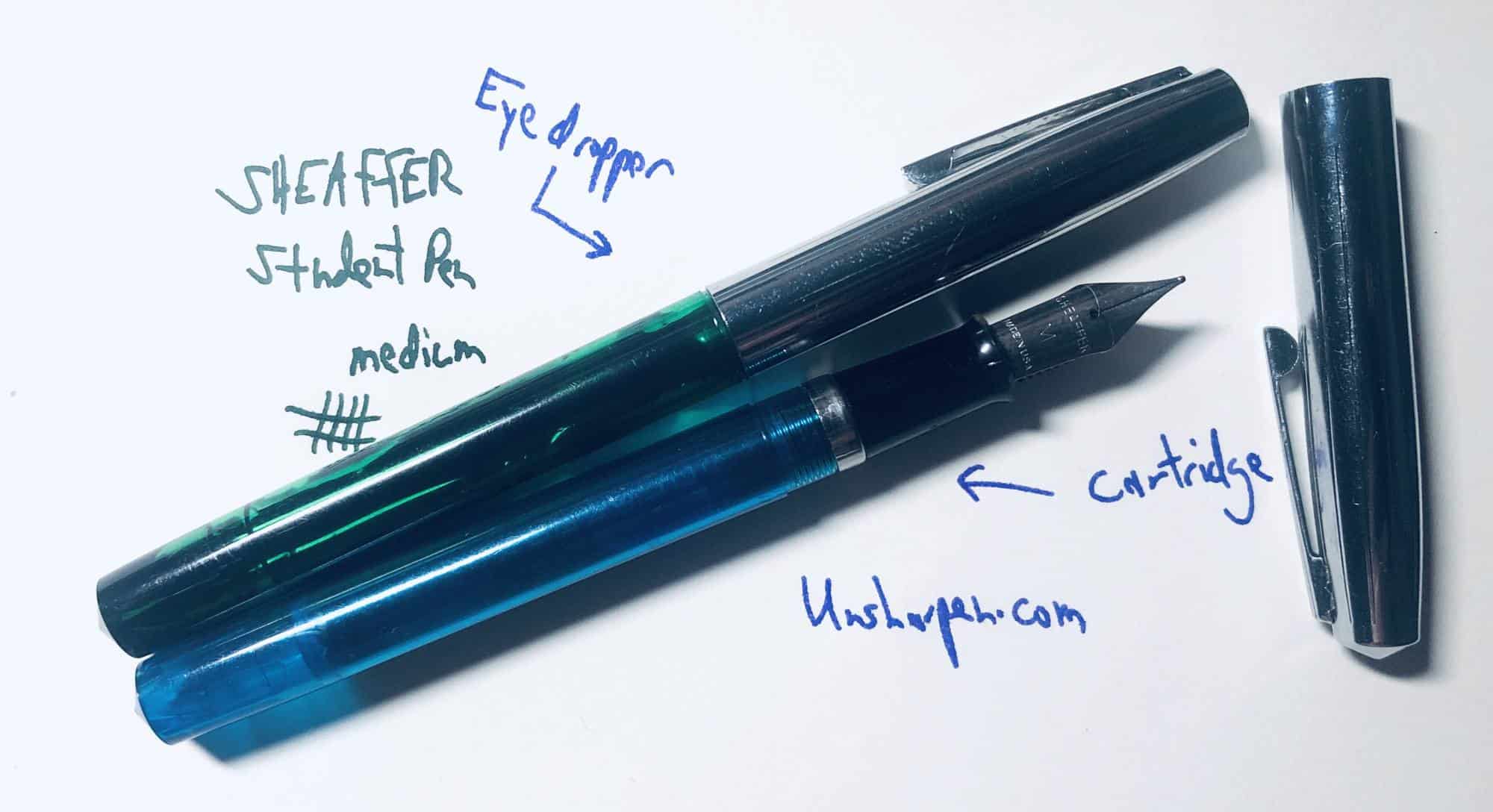 The Sheaffer School is a vintage fountain pen made in the late 1960s and early 1970s (our best guess). It’s a form of affordable student pen meant for use people who needed a simple, reliable pen for everyday use. This pen is regularly available on forums and used pen marketplaces for reasonable prices.

This pen is interchangeably referred as to the “School Pen” and then “Student Pen” but School seems like the official name.

There are a few different versions of the School pen. The on pictured in this article is known as the School Pen V2 (Version 2). It’s a short pen with blunt ends that are angled to a point and it was sold from about 1963-1975.

These pens are available frequent online through used marketplaces, like Ebay, for very good prices. A mint condition pen might cost under $25 while lots of used ones will sell for under $5 per pen.

This pen takes the Sheaffer standard cartridge. Just check for the fit first — the your cartridge seems to have pressure as its being pushed in then stop immediately. Any pressure means the cartridge will go in, but not come out without a fight!

This is a small, inexpensive, an unassuming pen. As such, you might not expect a lot from it, but don’t be surprised if you come to love this pen! While by no means fancy, the Student pen is a nice writer and it’s very dependable. The pens that have survived and are in good condition — particularly from the V1 and V2 lines — work great and are still workhorse pens.

While the Student pen isn’t necessarily very fun, it’s consistent and easy to use. It’s low maintenance and easy to work on, just like a student pen should be.

This pen is also very easy to convert to an eyedropper because it has long threads and a plastic barrel. This can be a somewhat questionable choice with 40+ year old plastic but mine hasn’t broken yet!